Since the Senate’s passage of a $1.2 trillion infrastructure bill in August, negotiations have taken a turn for the partisan worse in the House.

What once seemed to be a bipartisan effort to enact the largest spending increase for infrastructure in decades has devolved into last-ditch efforts to just keep current transportation funding levels intact – but only for one more month – and to prevent the entire federal government from shutting down, at least until December 3.

The Infrastructure Investment & Jobs Act passed the Senate August 10 in a bipartisan 69-30 vote. It includes $550 billion in new funding over five years as well as reauthorizes increased transportation funding through 2026.

Though the bill had bipartisan support in the Senate, House Democrats wanted the bill paired with a $3.5 billion package of Biden administration initiatives called the Build Back Better Plan. The plan focuses on such measures as pre-kindergarten, paid community college tuition, expansion of Medicare and addressing climate change.

Meanwhile, on October 1, federal funding for state road projects and other surface transportation expired. Thousands of federal transportation department employees were furloughed. The next day, the House and Senate passed a one-month extension of the transportation funding. The employees returned and funding resumed – but only until October 31.

While all of this was going on, the country was also running up against an October 18 deadline to raise its debt limit or face default. Senate Republicans said this was the Democrats’ responsibility, and they should extend the debt limit via the reconciliation process that would require a simple majority. Democratic senators said there was not enough time to enact reconciliation and that in the past raising the debt limit had been a bipartisan function.

On Thursday, the debt-limit crisis was temporarily averted when a compromise passed the Senate to raise the debt ceiling by $480 billion until December 3.

The focus in Washington now centers on the Build Back Better Plan and reducing its $3.5 trillion pricetag to one that Democrats can agree on. Biden has suggested $2 trillion, while swing-vote Senator Joe Manchin (D-W.Va.) is saying $1.5 trillion is the most he could support.

Construction industry and business groups are urging Congress to pass the infrastructure bill and separate its consideration from the Build Back Better Plan, which also includes an increase in the corporate tax rate.

“AGC is very disappointed that this historic investment in our nation’s infrastructure has yet again been delayed, and will continue calling on the House to pass the Infrastructure Investment and Jobs Act as soon as possible,” says a statement from the Associated General Contractors.

AGC says it will push the House to pass the infrastructure bill “and stop using construction companies and their workers as political leverage for the Build Back Better plan.”

“There should be no linkage between IIJA [Infrastructure Investment & Jobs Act ] and the reconciliation bill,” says the Associated Equipment Distributors. “AED will also continue to work with our industry partners in strong opposition to increasing taxes and onerous regulations on America’s job creators.”

Transportation associations are also concerned about funding for state surface transportation programs, which will again expire at the end of this month.

“Short-term extensions are not a suitable way to govern,” says Jim Tymon, president of the American Association of State Highway and Transportation Officials. “AASHTO remains focused on the passage of a long-term surface transportation bill to ensure the delivery of a safe and efficient multimodal transportation system, and we urge Congress to do the same.”

The American Road & Transportation Builders Association, along with the 32 other members of the Transportation Construction Coalition, recently wrote to Republicans and Democrats who oppose the infrastructure bill urging their reconsideration.

The letter disputes Republicans’ assertions that the bill is simply a tactic to enact the Build Back Better Plan.

“This legislation, on its own, would increase every state’s highway formula funding by an average of 35 percent,” the TCC letter says. “These significant investments will immediately begin to create new, well-paying careers and improve our nation’s roads and bridges, which will increase productivity and economic competitiveness for decades to come.”

The infrastructure bill would add $488 billion to the U.S. economy by 2027, with just the additional $153.7 billion slated for new highway, bridge and public transit investment, according to ARTBA.

Citing an analysis by IHS Markit, ARTBA says the transportation investment would also create 250,000 new jobs by 2025, with half being outside the construction industry.

An S&P Global report estimates the entire infrastructure package would create 880,000 jobs over the next decade, particularly middle-class positions in construction, engineering, transportation and energy, and would boost the overall economy by $1.4 trillion over eight years.

Here are some highlights of the additional $550 billion in spending over five years included in the infrastructure bill approved by the Senate: 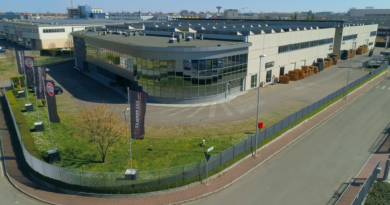